I started a super tough Beauty Challenge on the 8th July in which I challenged myself to only spend £50 on beauty over the next 365 days. It mainly involves using up things that I’ve been hoarding, and also not buying anything unneccesary.

So, I thought it was time for an update!!

It’s been 79 days and I’m still alive – achievement #1. I’ve noticed a few changes in my consumption – most significantly I’ve stopped bothering to put makeup on if I’m going swimming or to the gym, or at home all day. Every day of foundation I save feels like one more day at the end of the year that I don’t have to live without. So that’s at least one positive thing already!

I’ve managed to use up quite a few things, mostly shower stuff like shampoo, but soon makeup will begin to join the ’empties pile’ I think. I have actually used up a couple more things than are in this picture, but this is the majority of it.

I personally think it doesn’t seem like a huge amount, but I suppose the pattern won’t be steady as I’ll be finishing up a lot more things towards the end of the year. At least this is a start!

The things I’ll especially miss/repurchase are….

This product is amazing and I use it every day without fail as a primer. Thankfully I have another one already but if not I think I’d be seriously distressed about it finishing! This is something I’d definitely repurchase even though it’s pretty pricey. I don’t think it does much of the ‘perfecting’ stuff it claims, but it does make a really lovely base for makeup, and lasts ages too.

When this ran out I genuinely almost cried, my boyfriend can vouch for that! Thankfully I found half a bottle in my Mum’s bathroom that I’ve rapidly stolen back. This is the best cleanser I’ve ever used by far. It’s an oily texture which you would expect to be bad for spots, but actually it takes all the oil off my skin without leaving it tight the next day. I went without it for one day before I found the hidden half bottle, and immediately felt tight and dry all across my forehead in the morning. Already dreading this running out in a month as it hardly ever comes up on eBay and I can’t afford it within the £50 challenge limits. Perhaps a Christmas list is in order!

This is a slightly strange one I know, but it’s a really great tip (if I may say so myself!). Years ago I looked at the ingedients on my nail varnish remover and realised it’s basically just Acetone and water, and decided to start making my own. I used to hate it when the remover lost its potency after a few months. So now, I buy the pure Acetone on eBay and dilute it as I please. It’s about £5 for 500ml which will last you years. I normally go for about 1 acetone : 3 water but then as it get’s weaker just top it up. It’s also perfect for when you are taking off acrylics or shellac and need pure acetone on hand. Genius!

The things I’ve bought so far….

I got this dry shampoo because it was on offer (£1.98 in Superdrug) and I know I’m not going to be able to live without my precious Batiste. I haven’t run out of my existing supply yet (although I have emptied one big bottle which I didn’t keep to photograph) but when I do it’s going to be a major issue so I thought I’d better grab the bargain when I saw it. I always use the blonde one and find it flawless on my hair – gets rid of all grease, adds body and doesn’t leave any funny texture/smell/colours/dust. A must have!!

As you may know I dip dyed my hair recently which was super fun! It looked awesome and there is still a hint of pink even now (about 2 months later). I did two applications and still have enough for one more in the pot, so must get round to doing that. I am already missing my bright pink hair!

The biggest disaster I’ve come across so far from this challenge is LOSING my makeup bag! I’m still hoping it’ll show up, but if not then that’s going to be a huge knock to the £50. Thankfully I don’t keep all my makeup together, but it was all my daily stuff, including my tweezers. The other things I’ve just temporarily substituted, but of course I can’t live without tweezers. God bless Primark bargains.

So, I’m on track right now, but I’m well aware that towards the end things will start running out so I’ll need to save a lot of my budget for that. But so far so good! Will update you again soon. And why not consider trying it yourself…..?

You May Also Enjoy 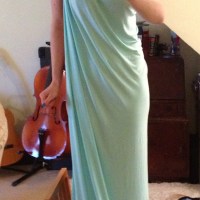 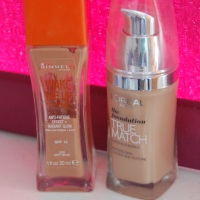